On the 22nd of November we met in Frankfurt am Main (Germany) to have a Firefox OS App Day. This is an event where we have talks in the morning to explain Firefox OS and Web APIs and then we hack for the rest of the day creating amazing apps for Firefox OS (and the open web).

I asked Jan Bambach if he wanted to help out to organize a Firefox OS App Day. He gladly accepted even though he had some stress in school since he has to write exams. After figuring out a date, we started to plan the event. We started with the agenda.

We did a lot of advertisement for the event, but unfortunately that didn't turn out as we expected. We only heard about another event taking place the same day a few days before the event. This was too late to reschedule. Next time we'll check better and avoid having an event at the same day as a big Barcamp going on. I'm sure that we'd have more participants if it was on another day. Additionally we found out that asking Universities to advertise it to their students doesn't scale as well as it should. We didn't get any feedback from them. 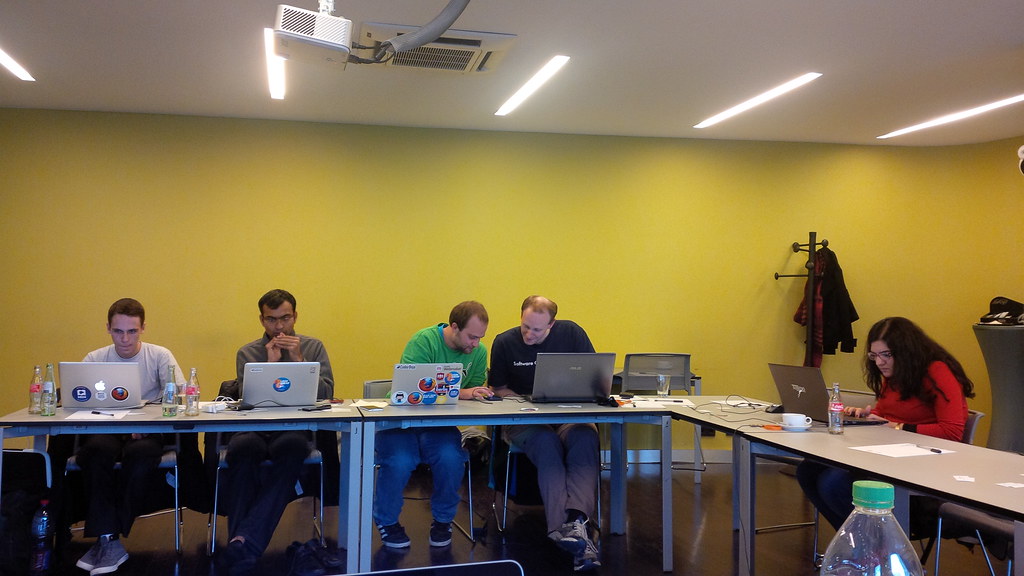 On Saturday we were 9 persons. We expected to have 25 persons, but I'm going to explain to you why this is actually not as bad as it sounds.

After a talk about the Mozilla community and Firefox OS from me, Colin talked about Web APIs and showed some examples. This was very interesting to all the participants since most of them were native App developers and not web developers. There were some "I can do X on Android, is that possible with Firefox OS too?".

Since we could support every developer without having a "question queue", the overall turnout of the apps was a lot more advanced than at other App days with more people where we sometimes had multiple people waiting for an answer to a question. This was also the first time where we had two Marketplace submissions with a fully functional app. /images/images Apps created:

At the end we showed how to upload an App to the Marketplace. Let's hope that everybody else uploads their app too once it has a better state and is not a prototype :)

Thanks to everybody who attended, great event!