On the 8th of November (yes, 2 days before #fx10), we met in Zurich to provide a tea booth for protesters. There is a new law coming up in Switzerland which would negatively influence everybody's privacy, which was the reason for the protest. A few days before the event I asked Martin and Gion-Andri from the Swiss community if they'd like to help out with the tea since two other members couldn't make it that day. Fortunately they said yes and did a great job! 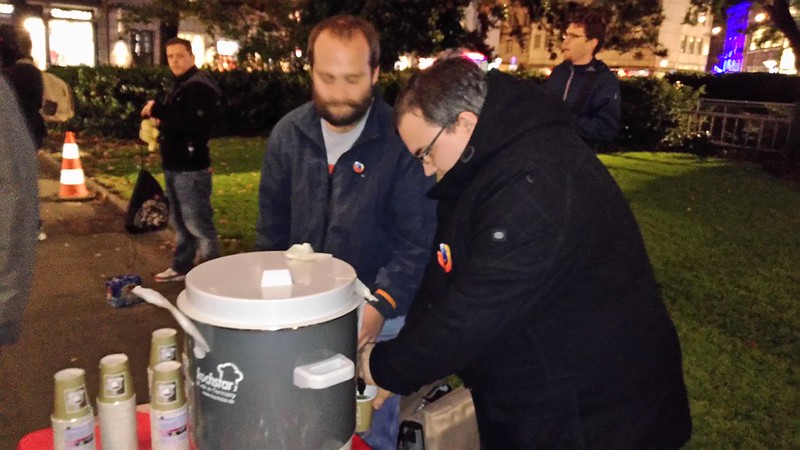 Reminder for everyone who wants to serve tea some time: cooking 28 liters of water for the tea is easy. It took us only about an hour to finish the tea. But since nobody of us is allowed to drive a car (we don't need to have a car in Switzerland), we had to think about transportation. Since we also had to transport a table we needed a car and couldn't use public transport. We didn't find anybody with a car, so we took a taxi. The taxi driver did a great job driving steady to not spill anything. Making any other driver believe that it's a weird taxi driver driving so slowly? We did it! 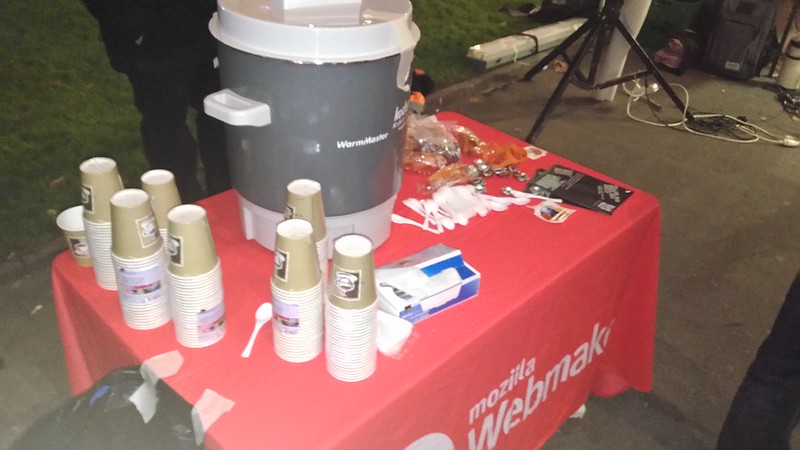 There we're about 80 to 100 people attending. Since Switzerland is quite cold these days, our tea was greatly appreciated. We had a great evening and we're surprised how many people don't know the values of Mozilla. We need to have more events like this and show that Mozilla stands for Privacy.